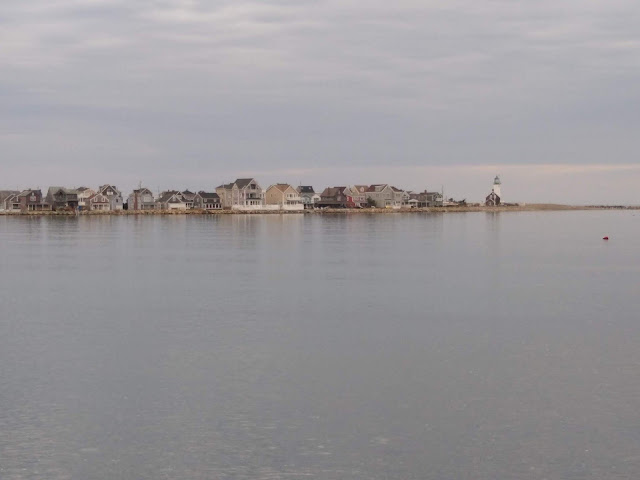 When I was accepted into the 2019 Boston Marathon, my excitement wasn't limited to qualifying for the world's oldest marathon. The thought of returning to Scituate, one of my wife, Allison's, childhood homes, and bringing my daughters with me for their first visit filled me with joy. Plus, I knew it would be a great home base for the days before the marathon. As a runner, I always enjoy running near the water, whether it's a lake, river, or ocean, and Scituate has miles of roads near its beaches and harbors.

Allison and I haven't had many opportunities to run together since we've had kids, so having this time with her in one of her hometowns made this experience special. 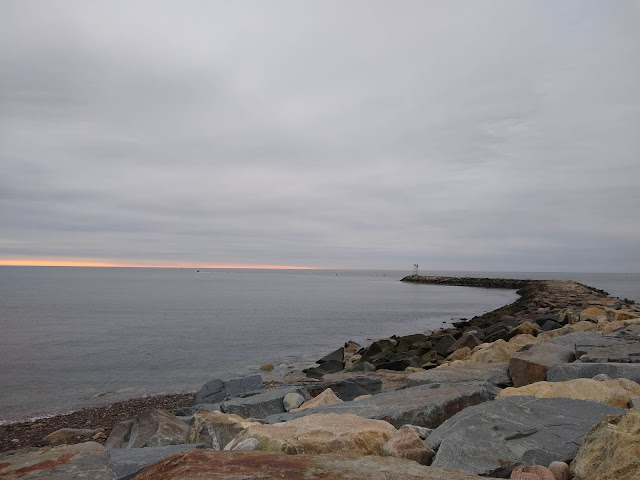 We ran by the lighthouse and then towards town and the harbor. Even though it was Friday morning, it was much quieter than a typical Friday morning in my Detroit suburb. We saw a few people walking dogs, but there wasn't a ton of traffic. 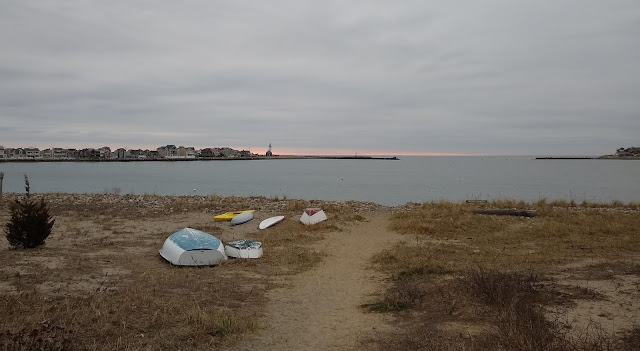 It was a little overcast, so the sunrise did not dominate the sky. But the orange sliver of light was still beautiful. 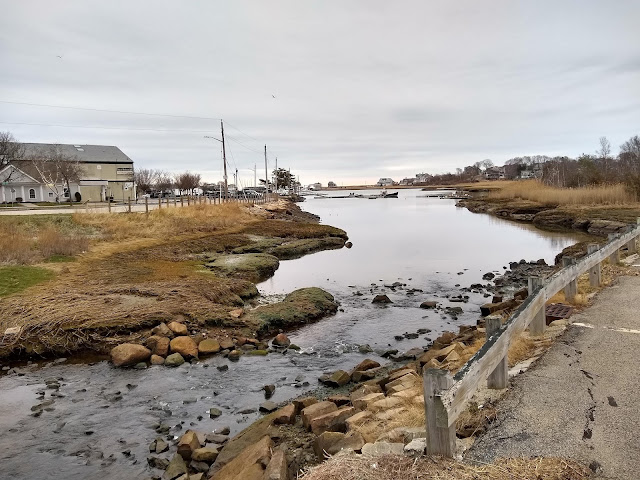 On the second morning, I ran by myself in a light rain. The cool weather was perfect for a marathon, and I wish it had come two days later instead of the humid weather I got on the morning of the marathon. I ran to Egypt Beach, Allison's favorite as a kid, and stopped for a moment to appreciate the small rocks that make this beach beautiful. 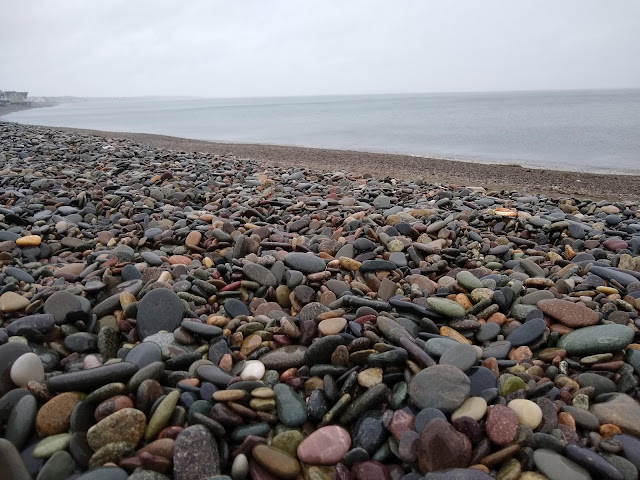 The third morning was my final run before the marathon. The sky was overcast like the first morning, 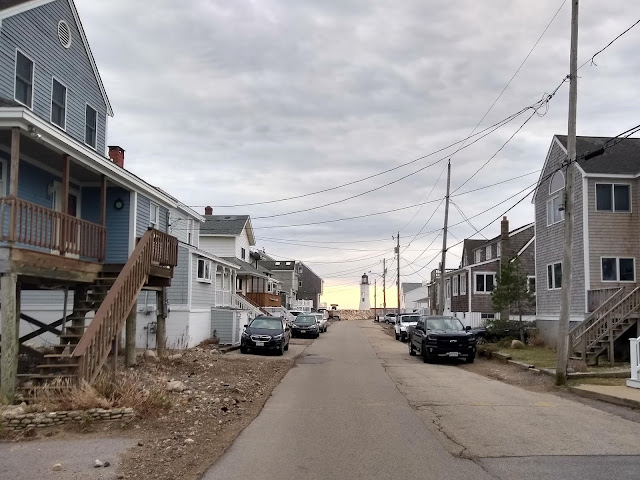 I ran just under three miles. It was Sunday morning, so there were almost no cars, and I only saw a couple women walking their dogs. The solitude and the quiet waters energized me. 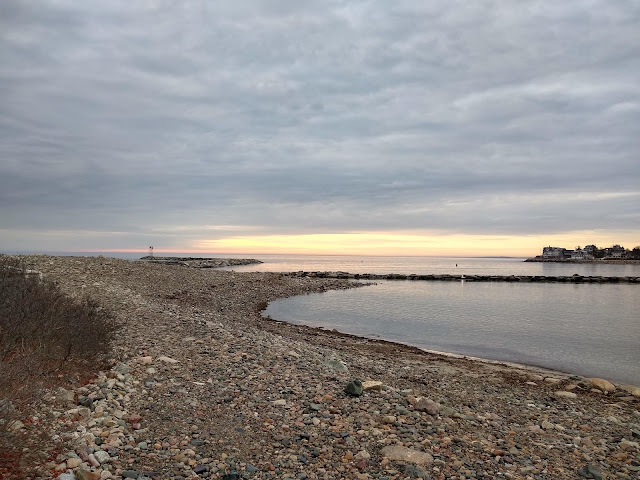 Besides the running, the visit was wonderful. Our girls loved seeing the lighthouse, the harbor, and the beaches, and we enjoyed taking them to Harbor House of Pizza (a nostalgic place for Allison's family that makes great pizza) and the Mill Wharf (a restaurant with beautiful views of the harbor and good seafood) to eat.

I also visited Rocco's Barber Shop for a haircut on Saturday morning and loved the hospitality of the barbers and other customers. Plus, I got a great haircut for a decent price.

On the way out of town, we visited Minot beach, which is sandier than the beaches closer to the harbor. It also has giant rocks that people were climbing on. I did not climb the rocks . . . all I needed was a twisted ankle the day before the Boston Marathon. 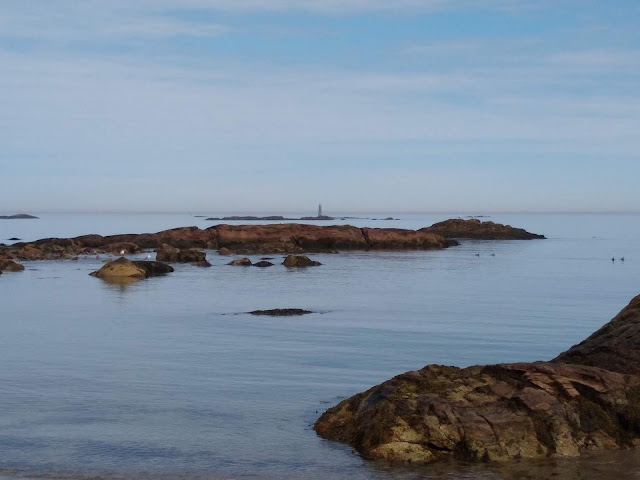 Even without Allison's connection to Scituate, the local Massachusetts accent, the rocky beaches, the brackish smell of the harbor air, and the lighthouse sold me on Scituate during my first visit years ago.